Founded in 1982, the NWRPA is an independent association for psychotherapists, counsellors and psychoanalysts of different backgrounds, training and clinical strengths who live or work in the North West of England.

This autumn, we are running an online study group on transference led by Dr Mark Fisher.

For more information or to book your place please visit the NWRPA website.

In response to Covid-19 we have postponed events organised for March – August 2020.

This talk will argue that psychotherapy can be thought of as the exploration of transmission between generations. We will examine how an experience in one generation is transmitted to a later generation, how it is manifested in that generation psychologically, and the effects that this transmission produces.

The history of this idea will be traced from nineteenth century preoccupations with hereditary degeneracy, through Freud and the Freudians’ focus on the Oedipus complex, up to current approaches to dealing with ‘traumatic’ generational transmission.

Owen Hewitson is a PhD candidate in Psychoanalysis at the University of Middlesex and runs LacanOnline.com

Denial, Fatalism and Psychological Health in a Sick Planet

Like many other social and political issues, global warming raises challenges in relation to our focus remaining solely at the individual level. There is a growing need to account how cultural and political factors create collective ‘dis-ease’, and for a return to the early days when Transactional Analysis psychotherapy was seen as a social psychiatry. The recent past has been characterised by a fundamental retreat into social isolation, cynicism, loss of meaning, and a pervasive passivity that cultivates denial and discounting in relation to the safety of our planet.

Behind Bars: therapeutic aspects of clinical work in prison settings

Prisons represent significant sites of complex suffering and distress – as represented by high estimated prevalence rates of mental disorder. In this talk I will attempt to consider some of the pertinent psychosocial and existential dynamics apparent within this population.

Andrew Shepherd is a clinical lecturer in forensic psychiatry at the University of Manchester and visiting psychiatrist within HMP Liverpool.

Bodies and Books: An Art Therapist’s Reading of Lacan

The body is the longest serving medium for the storage, retrieval and transmission of human knowledge. Touching upon the history of the book and manuscript we explore what kind of text it is that Lacan suggested can be inscribed into our bodies to create a knowledge which has the potential to be rewritten and renewed.

Jo Rostron has a background in Fine Art and is a Member of the School of the Freudian Letter and the London Society of the New Lacanian School.

Julia is a practising Lacanian Psychoanalyst and member of the London Society of the New Lacanian School. Her website is Lacanian Works.

Where Does it Hurt? Pain and its Killing

It has been estimated that within a recent two-year period, more Americans died from prescribed opioids and various other pain killers than in the entire Vietnam War. The Sunday Times included the diagram below in their report on Britain’s opioid crisis: we are sleepwalking towards carnage in our communities (24 February 2019). This discussion addresses: what is pain and why does it need killing?

Mark Fisher’s introduction to psychoanalysis took place during the 1970s when he worked at Oxford University for eight years. After many years of teaching and practice, Mark resigned as NHS professional lead in psychotherapy during November 2013. In July 2014 he became a member of a new analytic grouping, The School of the Freudian Letter. He has a private practice in Liverpool. 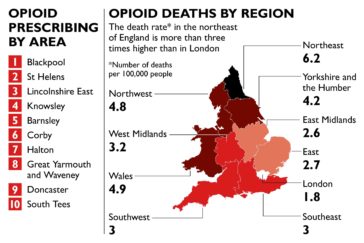 August 2019: no event is organised for August

Are we too attached to normality and too invested in change?

In this workshop we will discuss whether therapists impose standards of ok-ness and normality, and thereby marginalise those who may think differently and may not conform to our ideas of health and change.

Steff Oates qualified as a Transactional Analyst in 1997. She runs a private practice in Cheshire, provides supervision and training, and regularly writes and speaks on TA theory and practice. She is Vice President of Research and Innovation for the International Transactional Analysis Association.

Lifespan Integration: a neurological tool for working with trauma

As scientific advances uncover the complex relationship between our brain, emotions and body, new approaches to integrating the neurological with psychotherapy are also developing. Just as your brain is changed in response to your past experiences with the world (attachments, deprivations, and traumas, for example), it will also change in response to future experiences. Lifespan Integration is one of these neurological change tools. Today’s presentation will provide an introduction to Lifespan Integration and show how this neurological approach can be integrated into the psychotherapeutic relationship.

Humera Quddoos is a Transpersonal Psychotherapist who has been working in private practice for over 15 years with a particular focus on trauma, sexual abuse, and complex PTSD. Humera discovered Lifespan Integration five years ago, and has been integrating it successfully into her client work since then.

Ageing and ageism in the therapy room

The scientific literature provides many studies showing the powerful influence of ageing stereotypes on the attitudes, decisions, actions as well as the holistic health of older people. Ageing stereotypes can be internalised during youth, be part of our belief system, and have an influence outside of our awareness. The aim of the workshop is to explore our own beliefs on ageing and how this may influence the way we perceive an ‘older’ client, our attitude towards them and the therapeutic relationship.

Alessandra is Gestalt Psychotherapist at the Manchester Gestalt Centre and a Clinical Psychologist at the Memory Assessment and Treatment Service in Oldham.

This clinically orientated workshop facilitated by Paul Melia (Practising Analyst with the School of the Freudian Letter) is organised around extracts from Alfred Hitchcock’s 1941 film, Suspicion.

Following a ‘passage to the act’ (not an ‘acting out’) Lina McLaidlaw marries Johnny Aysgarth. She associates him with the celebrated stone footbridge over the Grand Canal, Venice. After their honeymoon Lina reluctantly realises her husband does not observe the moral law. Questions then begin to arise for her: Why has he married me? What am I to him? The image of a broken wooden footbridge recurs repetitively as Lina’s questions give way to doubts, then suspicions and then a terrible certainty. In a radical move, Hitchcock focuses on a 1931 painting by Picasso – Pitcher and Bowl of Fruit – in which the image is formed from a line wandering across the canvas. The film climaxes as Johnny submits to the law, enabling Lina to recognise her folly. What are we, as therapists, to make of all this? I finish by contrasting the ‘beyond doubt’ – the certainty – of the neurotic with that of the psychotic. 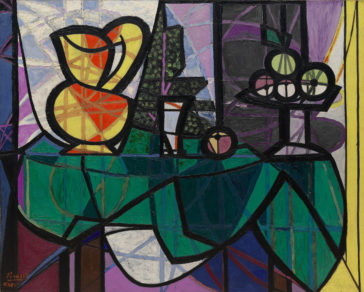 A Psychotherapist Reads the Newspaper: we live in turbulent times

Some time last year Frank was reading his newspaper, The Observer. A number of articles claimed there is evidence that for most of us in this country and around the world life has been improving over the last two decades. The newspaper also carried stories warning of various impending Apocalypses that are epitomised by the title of this talk. Frank will explore the ways uncontained and escalating apocalyptic anxieties can affect the mental health of individuals and their political impact at the societal level. He will use Kleinian ideas of paranoid anxiety – as well as the related defence of splitting and projection – to understand these contradictory views of our world.

Frank Kelley was a psychodynamic counsellor in the NHS and is now retired. 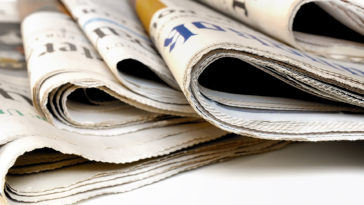 What makes a trauma traumatic?

Trauma often appears to be a very broadly-spread notion in psychotherapy, leading ‘trauma’ to have been ascribed to all kinds of experience, from birth, to sex, to war, and even to love. This talk will argue that trauma is never simply about a single event, and that talking therapies reach a limit if they attempt to deal with trauma through speech alone. We will consider what the conditions for a ‘traumatic’ experience might be, the mechanism behind its action, and the most effective techniques for its handling in clinical settings.

Owen Hewitson is a PhD candidate in Psychoanalysis at the University of Middlesex and runs LacanOnline.com 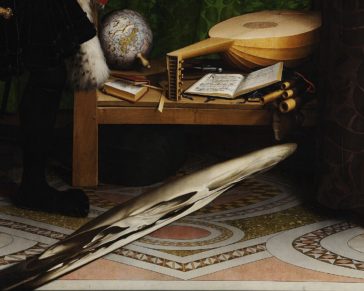 For several years I organised and facilitated reading groups for counsellors, therapists and members of related professions. Details of these groups can be found under the supervision page of this website.

The First Decade – Our Story